You [Gerald Bauer¹] have been permanently banned [for life] from participating in r/ruby (because of your writing off / outside of r/ruby). I do not see your participation adding anything to this [ruby] community.

¹: I know. Who cares? Who is this Gerald Bauer anyway. A random nobody for sure. It just happens that I am the admin among other things of Planet Ruby.

The website has a JSON HTTP API which you can use in your own application to retrieve data from the database. A few years ago I started a Rails project which was going to use data from TheGamesDB. I assumed there’d already be a gem for this, so I went looking for it. I found a gem which hadn’t been updated for a long while so I built my own. The gem is thegamesdb and I recently released version 2.0.0.

I started by implementing just some of the API endpoints, the ones I wanted to use in my Rails app. But in time it kept evolving and I kept updating it and publishing new releases. At some point the original API was deprecated and when it was announced it’d be shut down, I took the opportunity to released version 1.0.0. This first “stable” release added support for the new API which - among other changes - required an API key.

With version 2.0.0, I implemented 100% of the API endpoints in Ruby, refactored the way the gem works to make it easier to instantiate a client and set the API key, and made some other breaking changes in methods from the 1.x branch.

You can gem install thegamesdb or add thegamesdb to your Gemfile to install it. You will need to request an API Key on the website’s forum. 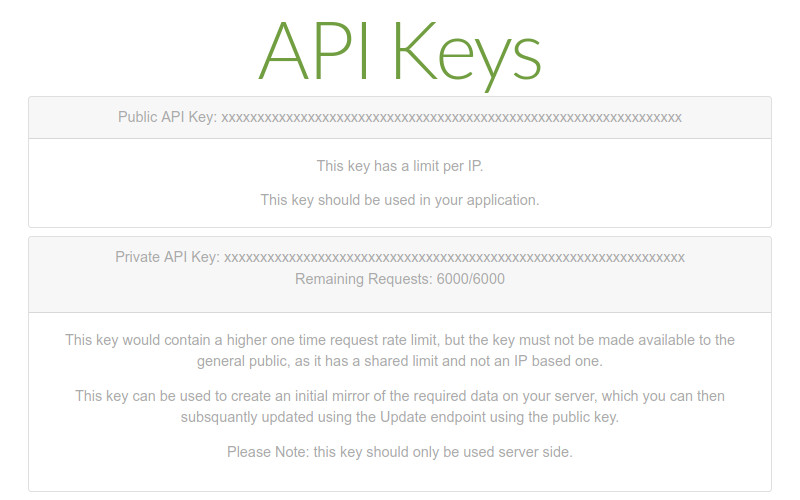 Once you have an API key, you can instantiate a Client:

The base API Response includes remaining_monthly_allowance for your API key, extra_allowance and allowance_refresh_timer. These values are updated on the client instance on every request so you can use client.remaining_monthly_client to check how many requests the API key has left.

For Platforms and Games there are several methods for retrieving information: by id, by name, images (filtering with ‘boxart’, ‘banner’ or ‘fanart’) and more. You can find out more about the endpoints in the README.

Hope you check out thegamesdb for your video game related projects!